MANIFESTO
Unlike English, where gag is mostly a verb; in the Theater gag is often a noun. A gag is an artifice by which an action may be made to happen onstage without apparent human intervention – as if by magic or by coincidence or for effect (eight times a week.)
In the shops that build the furnishings for plays, and such, it came to mean any particularly clever procedure or gizmo; or the explanation of how some feat was attained. “How was that telephone gagged?”
What follows are the gags I have personally used and found to be effective. For the most part they come down to us from the Ancient Greeks.
Some are part of the “oral tradition” of the Theatrical Carpentry shops where I learned my trade; and others are from the related crafts.
I did not invent or discovery any of these methods. They were shown to me by my colleagues and mentors that I might become a better craftsman. To pay that debt forward I have (sort-of) organized what I know, together with some simple illustrations, that others may partake of the benefits I obtained.
More and more and more we are delegating this work to our tools. They do a fantastic job of it; much faster than we. Tireless perfectionists; they do exactly what we tell them to; even if that turns out not to be what we meant.
I'm only partly Luddite. They bring other blessings. Everyone working simultaneously from a common document even in near real-time. Once you've drawn something (or somewhere) once; you always have it. Re-using it is but a few clicks instead of hours of transcription-error prone transcribing. These have a cumulative effect. The inverse of “To err is human; but to really F/U requires a computer.” is “With these gizmos; not only can we create Spectacle and Illusion, but, sometimes even magic.
The “oral tradition” is now to be found on the internet. So, this is my contribution to that cloud choir.
There are those who believe that whoever has the most stuff when he dies; wins. My experience has inclined me to believe that: “He who shares, what he has learned; the most; wins-before he dies. As do those who come after” 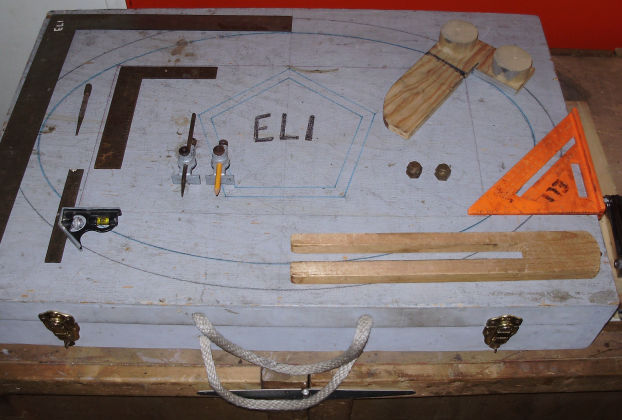